A Letter from Jim and Jodi McGill, serving in South Sudan and Niger 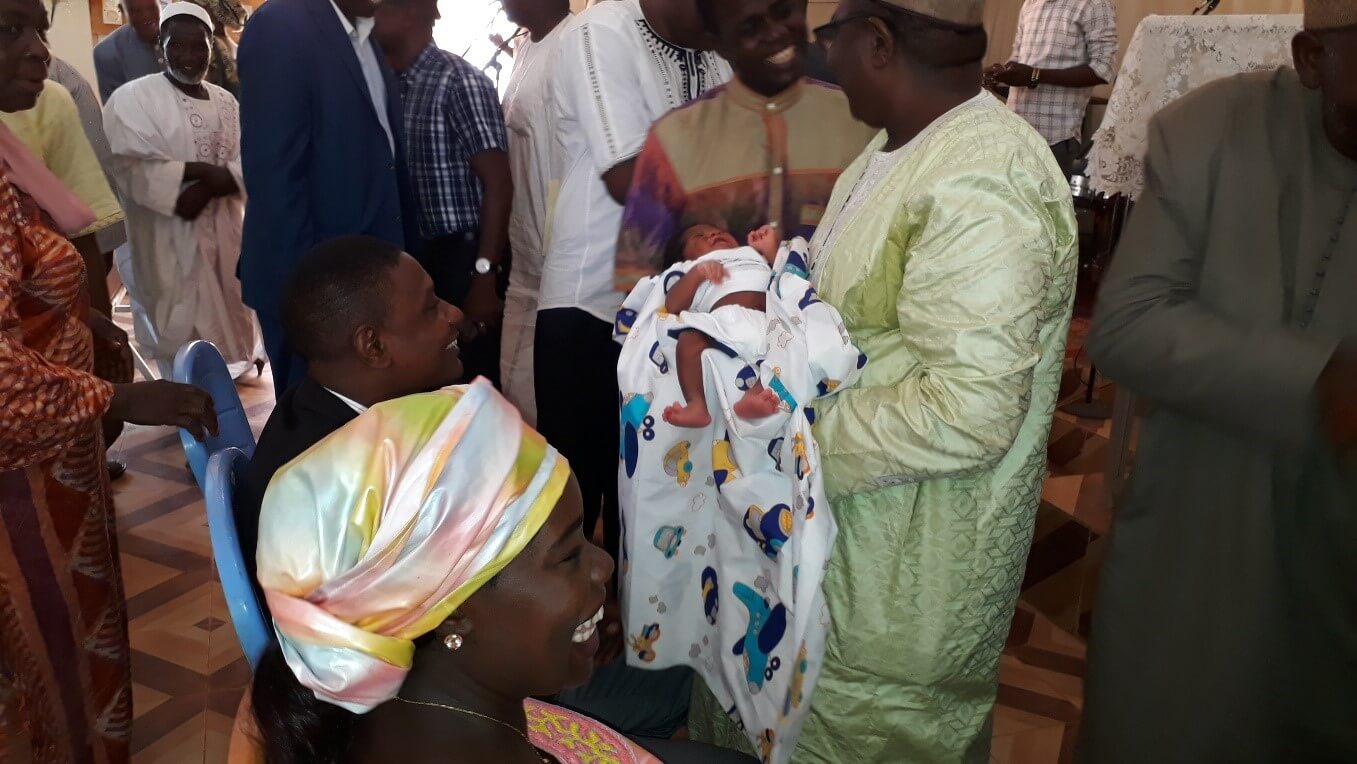 A Letter from Jim and Jodi McGill, serving in South Sudan and Niger

Happy anniversary to us! We have now been in Niger one year. Jim’s Hausa language acquisition is progressing, Jodi’s French has improved enough that she will be beginning Hausa later this month, and the children with us in Niger have successfully completed an academic year in their various schools.

We all are making friends and becoming part of various communities. Just this morning, Jodi attended the christening of the newborn child of one of the doctors she works with. This event was even more moving than usual, as last year their firstborn child died within a few days of birth. Children are not given names until the 8th day after birth, and Christians mark that day with a church ceremony filled with prayers for safety and health for the parents and the child. Understandable prayers, with an infant mortality rate of roughly 80 deaths/1,000 live births, which places it as the sixth highest in the world (world.bymap.org)

Jim has been awaiting the opportunity to return to South Sudan to follow up with the Water and Sanitation development training work being led by our partner church there. Everything has just come into place now, so Jim will be spending the end of July and August in Juba.

A recent message from the South Sudan Mission Network was a letter from the Coalition of Advocates for South Sudan (CASS) asking for Christians to join together in a day of lamentation and fasting on June 2, and then a day of prayer for Peace, Forgiveness, and Reconciliation on June 3. I shared this message and prayer with Pastor Sani Hassane (our pastor), and he led the EERN churches in Niamey in joining together with their South Sudanese brothers and sisters to pray this prayer to our God. After the day of prayer, Pastor Sani wrote to the CASS so they would know that the EERN joined with them in the prayer. The CASS responded, “We never dreamed that we would reach Niger. On behalf of the people of South Sudan, we thank you for your prayers. God hears and will respond.”

Soon thereafter, Pastor Sani asked Jim to preach. Jim preaches from the lectionary, and the readings for that day were from Job, Psalms, and Mark. They describe God’s response to Job from a whirlwind, sailors crying for help within the storm, and the disciples awaking Jesus during the storm that is threatening their boat. These stories of lament that describe how God and Jesus hear our prayers and clearly show that God’s knowledge is far beyond man’s understanding fit directly with the lamentation shared by the South Sudanese Christians. So again, we shared the lamentations and prayers as one body in Christ. 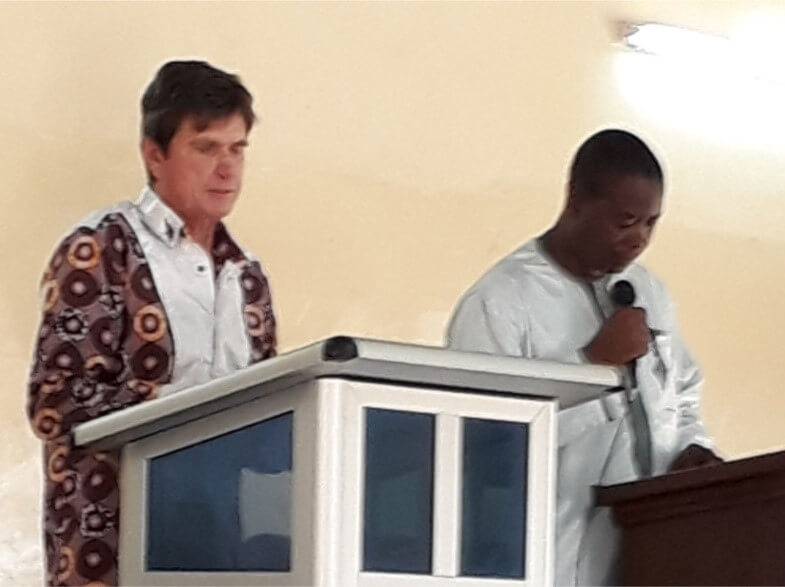 Jeremy and Dr. Susan Beebout, Reformed Church of America, have been gone 6 months due to their home assignment for interpretation. Jodi has been temporarily involved in doing some of Jeremy’s administrative tasks of the EERN development office, and while it has been helpful for her to learn more about how the accounting and administration works within the office, she is really looking forward to having them both return soon.

In addition to these administrative duties, Jodi has been teaching English focused on medical phrases and terminology to several different cadres of health care professionals and students, which has been fun, a great way to learn about the medical healthcare training system of Niger and to network for the nursing school. Since the nursing school will be bilingual, French and English, this has been good preparation for her responsibilities in designing and teaching courses in both languages and how to develop an ESL (English as a Second Language) program.

Although it is taking time for the government to give its final approval for the opening of the school, it has provided Jodi with the opportunity to assist the national nursing school in the clinic training of their nursing students. As Jodi mentioned in a previous newsletter, outpatients and inpatients have to buy all the medical and pharmaceutical supplies they will need for treatment. Everything from gloves to gauze for wound dressing to needles for injections, and any medications, from antibiotics to “Tylenol.” She learned while supervising the nursing students that the patients even have to provide their own mercury thermometers.

In Malawi, doing clinical assessments of the nursing students was always challenging because there were often supplies missing in the wards, and the students had to state what was missing and how they were going to compensate for that. However, there were usually at least sufficient enough supplies that the students were able to do a reasonable assessment without the nursing school needing to provide supplies. Here in Niger, a ramification of having primarily patient-provided supplies is that the nursing school will need to provide many of the supplies for the nursing students to use to be able to ascertain their skill competencies during clinical evaluations. For example, with IV insertion, it is not reasonable, or even possible, that a patient should be responsible for buying extra IV cannulas for a nursing student to become proficient at the insertion of an IV. This means the school will need to provide many practice supplies for the students.

In the government hospitals Jodi has been in here, the nurses do not write any observations outside of the vital signs twice a day and signs for medications given. There is no place for nurses to communicate with other healthcare providers regarding the patient’s condition, for example wound status, elevated temperature outside of the two daily written evaluations, urinary output, and patient worries or concerns, or if a nurse informed a clinician about a change in the patient’s status. Therefore, the school will also need to provide the students with nursing note paper so the nursing students can record and give at least us, their instructors, their observations and procedures.

We knew that coming to Niger would be challenging in many ways, and that we would probably find it difficult to be the newbies. Although this has been true, the faith and sacrifice of the Nigerien, South Sudanese, and Malawian Christians we have been privileged to befriend and work with have put our struggles into perspective. A short time ago, Jim received messages of encouragement from colleagues in both South Sudan and Malawi within hours of each other. The two messages were, “God’s time is the best” and “God always has his own time,” both speaking of their own situations, but simultaneously delivering a message to us — the same message given by the lectionary scripture readings from the Sunday Jim was asked to preach. We firmly believe that God’s timing is perfect for God’s purposes, so while for us this year may seem to have produced little direct output, it has encouraged us to learn to trust more in God’s timetable. 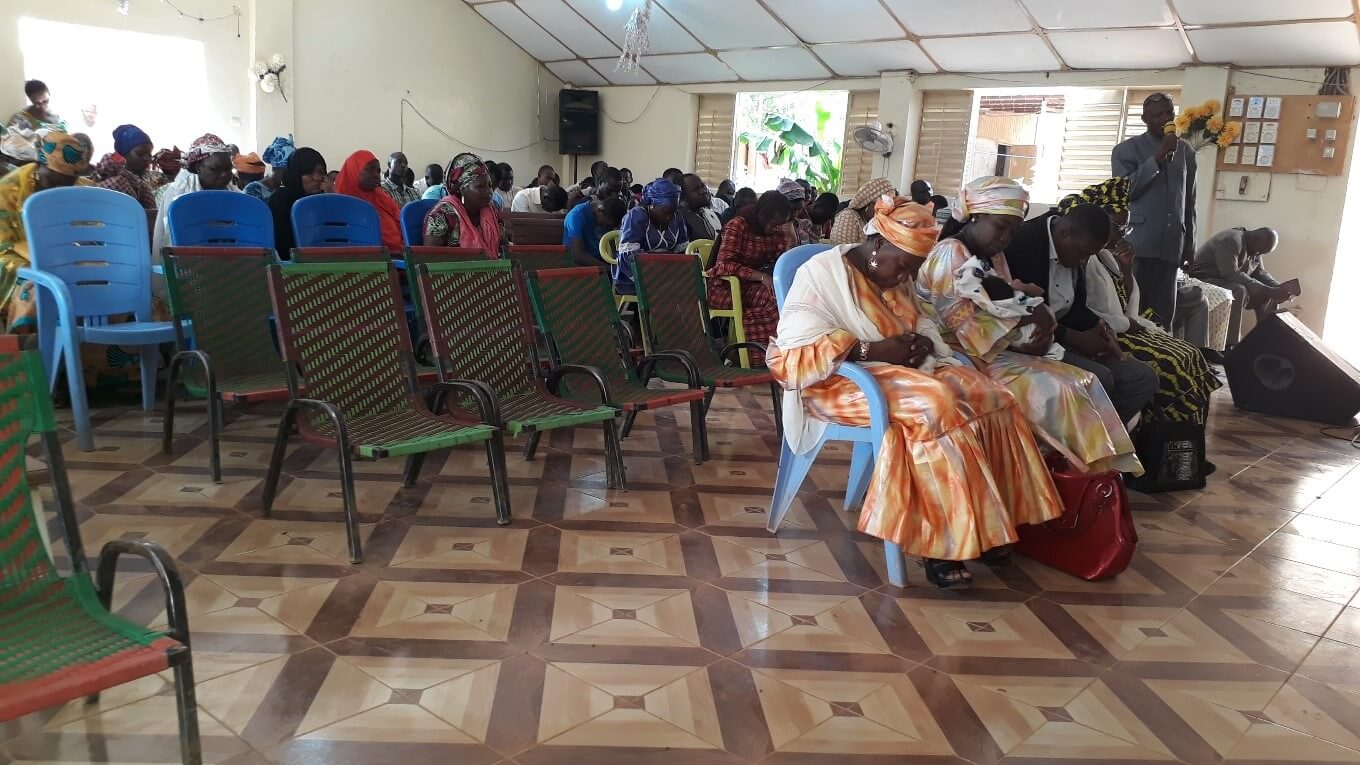